Home » News, Views, Features » Sheffield General Cemetery gets £3.7m facelift and even has its own Airbnb

Sheffield General Cemetery gets £3.7m facelift and even has its own Airbnb 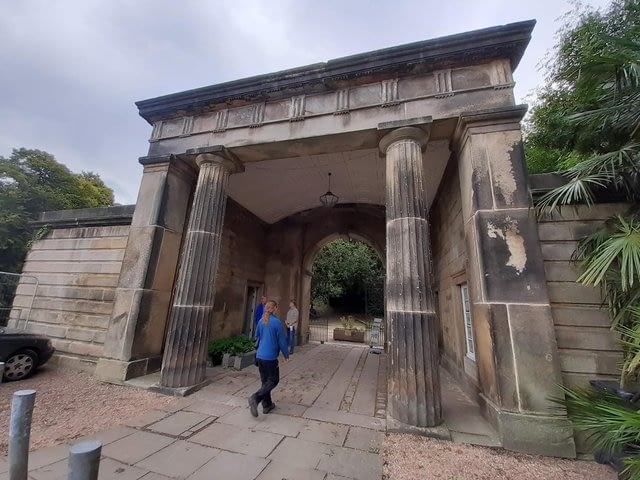 The Sexton’s Lodge forms an entrance to the cemetery which now welcomes more than a thousand people a day. The Lodge is let as an Airbnb.

Sheffield’s ‘garden cemetery’ is about to undergo the next stage in restorations which will total £3.7m.

Some 1,000 people already used the cemetery-park each day, it has five entrances including the gatehouse and is open 24 hours.

Next month sees the start of work on catacombs, repairing paths and other work at Sheffield General Cemetery, which has 87,000 residents and 10 listed buildings and monuments.

It comes after years of work by owner Sheffield City Council and volunteers from Sheffield General Cemetery Trust to maintain the site and open it up to visitors.

Their aim is to shake off any Victorian stuffiness and promote it as a park, nature reserve and historic site preserved as a mixture of ‘meadow, woodland and monuments’.

Built in 1836 as a response to overcrowding and poor conditions in Sheffield’s churchyards, it is sandwiched between Cemetery Road and the Porter Brook near Ecclesall Road.

They would usually be walled enclosures close to churches with minimal planting. The wealthy had their own chapels and grounds and a few citizens had memorials in or near the church.

The trust has just opened an Airbnb in the Grade 2* listed Gatehouse on Cemetery Avenue to raise money for its conservation aims.

The Sexton’s Lodge was originally home to up to 11 people in two families of workers, such as gravediggers and stonemasons. With just one bedroom and one living room the conditions would have been ‘horrendous’.

It is built across the Porter Brook, said to represent crossing of the dead over the River Styx into the afterlife. 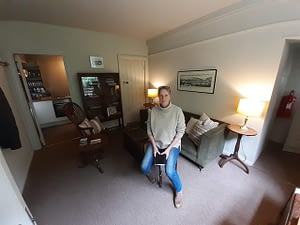 Now, following a £10,000 revamp, it has returned to Victorian style with original pieces and antiques. There is no television – but it does have wifi.

The trust thinks it will be popular with visitors and newlyweds married in the Samuel Worth Chapel in the grounds, which it also runs.

Trustee Mick Claxton said bookings for the £100-a-night accommodation were already “beyond their wildest dreams.”

It is also a far cry from the 70s when it was derelict and access to the cemetery was blocked.

Restoring it was one of the trust’s first projects and today the other side of the structure is their office.

Mick added: “It’s about to be a new era for the cemetery. It’s amazing how many people living locally haven’t been here or don’t know it’s accessible.”

The trust restored the former non-conformist chapel in 2016 and renamed it the Samuel Worth Chapel after its architect.

Trustee Cate Evans said: “The cemetery is the best condition it’s been in since 1976. I first came here in the 70s as a teenager and it was completely overgrown.

“The restoration of the chapel was the catalyst for the lottery funding. It showed the significance of the site from a heritage point of view for the city. It’s been so overlooked for so long, recognition is due.”

Built in an old quarry in Egypto-Greek style, it is one of the oldest commercial cemeteries in Britain.

Famous residents include Mark Firth, a successful Sheffield industrialist, benefactor of Firth Park and founder of The University of Sheffield, who died in 1880.

Several members of the world’s first football club, Sheffield FC, are also buried there including William Prest, co-writer of the first rule book, whose funeral procession in 1885 saw the roads lined with several thousand mourners. It also holds the largest single grave plot in the country, which contains the bodies of 96 paupers. 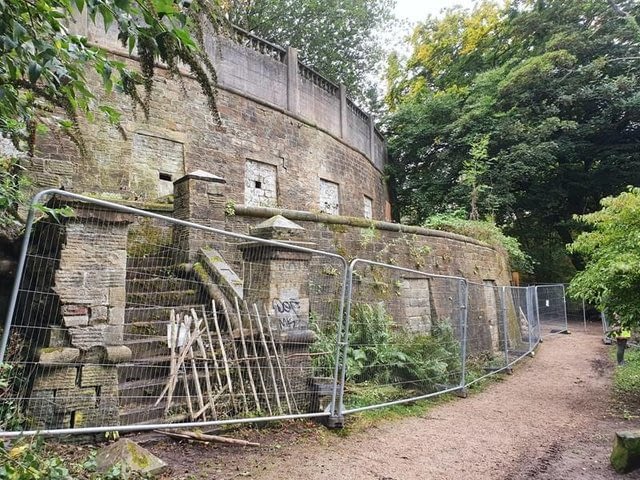 The restoration of the catacombs is part of an ongoing restoration with £3.75m provided by the heritage lottery fund

In 2018, the cemetery was awarded £3.75m from the lottery. Next month, restoration of catacombs is set to begin which will see them returned to the original design with the removal of a 1930 concrete balustrade.

Structural work will be carried out allowing temporary supports to be removed and a path reopened.

Cate added: “There’s nothing like this anywhere in Sheffield and this is an opportunity to show off something special.”

This time last year, investigations took place into the catacombs allowing specialist engineers to discover the internal construction and draw up detailed plans for their long-term conservation and repair.

They also investigated the loading impact of the balustrade on the original 19th century stone vaults.

But most people were buried together in a grave pits nearby. Finally, Parliament insisted that burial grounds be outside of town. Public parks did not exist and the landscaped private grounds of landowners provided inspiration, with chapels taking the place of the country house as the main centre of attention. They also copied the idea of boundary walls, entrance lodges, memorials.

The Friends of the General Cemetery was formed in 1989 by a handful of local residents. It grew to become the Sheffield General Cemetery Trust whose aims is to: ‘encourage everyone to enjoy this historical site by walking its paths, learning its history or simply as a quiet place to sit and contemplate’.