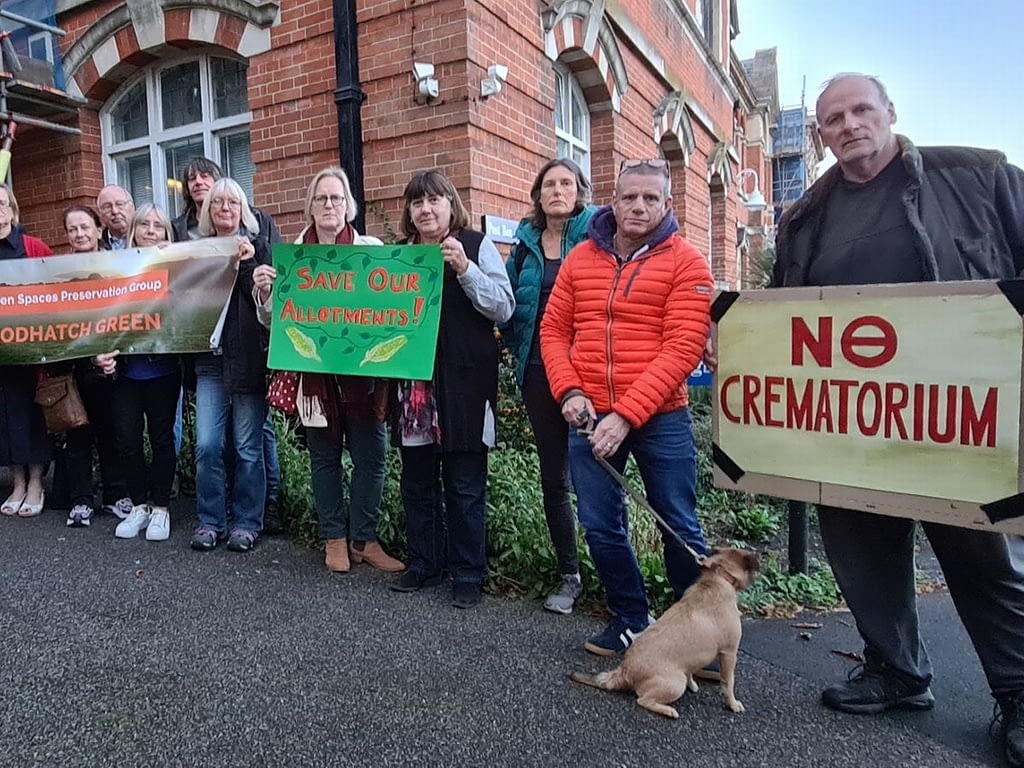 Campaigners who fought controversial plans for a new crematorium are celebrating after the scheme was thrown out by Reigate and Banstead Borough Council’s planning committee.

However, the council’s commercial ventures arm, which made the application to build and run the facility, has not ruled out an appeal or the return of another scheme on the site in the future.

Hundreds of residents had railed against the proposals off Woodhatch Road, citing concerns including the development of greenbelt land, the potential increase in traffic and the impact on wildlife.

Speaking during the meeting, Councillor James King said there were other local crematoriums that were not at capacity and that therefore the plans did not meet the special need that would justify the development.

Cllr King also said a desire to offer more consumer choice was not a special need.

Councillor Christian Stevens agreed the area is well-served for crematoriums and said the proposed site was not suitable anyway.

He went on: “It is right next to one of the beauty spots in our borough, Earlswood Lakes, and therefore that is detrimental.”

He also noted the council’s commitment to protecting the greenbelt.

“To maintain our residents’ trust we have to fulfil those promises,” he said.

After some debate, the council voted on the proposals and two reasons for refusal were cited.

The first was that “the proposed development would be inappropriate within the Metropolitan greenbelt and harmful to its openness”.

The second was that it “would have an unacceptable adverse impact on biodiversity and the ecological potential of the site”.

Amie Vaccaro, from Woodhatch Green Spaces Preservation Group, said afterwards that they and the wider community were “elated” with the decision.

“The committee recognised the importance of this greenbelt site and the benefits of access to the countryside next door for us all,” she said.

The council’s executive member for investment and companies, Councillor Tim Archer, however, said the project team behind the proposal was now “considering its options”.

“Naturally, the project team is disappointed with the outcome because we felt we had a well-designed scheme that met the justification of need, but we accept the committee’s decision,” he said.

“The decision does however highlight the strength of the council’s democratic processes and demonstrates the organisation was effective in maintaining the ‘ethical walls’ that are in place, in the form of strict procedures and boundaries, between the project and planning functions throughout the process,” he added.

The council has not revealed how much it has spent on the project, arguing that “remains commercially sensitive”.

“If a project was to progress in the future, we will need to tender for contracts for further work and do not want to prejudice quotes or costs for that work by putting financial information into the public domain,” Cllr Archer said.