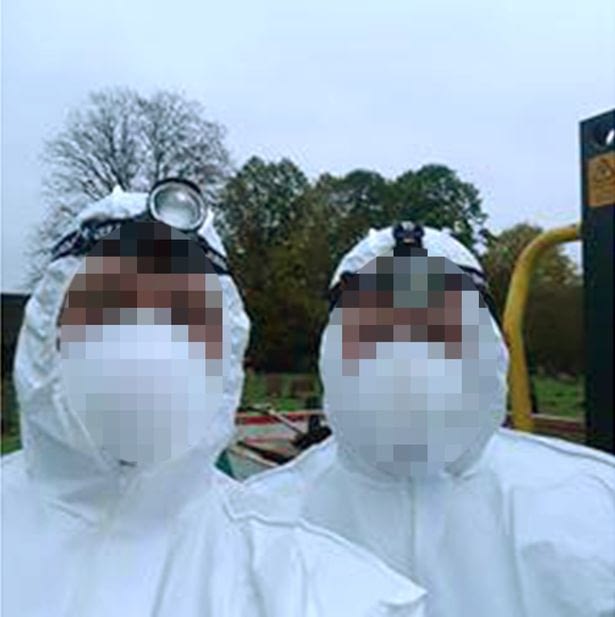 Punishments for Derby cemetery workers who made a series of offensive TikTok videos are to be kept secret Derby City Council says, in a decision which has caused outrage among some elected representatives.

The city council has refused to state whether or not the three workers have been dismissed following in a number of distasteful videos they placed on social media app TikTok in the summer.

Derby City Council was challenged on its refusal to make public the outcome, but the council held firm on its stance, saying the outcome was a private matter between the authority and the employees in question.

The videos were highlighted to Derby City Council by a local newspaper in the summer and showed workers involved in jinks at the Nottingham Road Cemetery.

Videos showed the workers doing doughnut spins in a Derby City Council van when the cemetery car park was covered in snow and another showed people walking at the cemetery with background music playing from horror TV show The Walking Dead.

Local councillor Stephen Willoughby said he feels the outcome should be made public.

The Liberal Democrat councillor said: “I think at least the council needs to tell the public because there was a lot of concern, upset and and hurt about the videos. The council needs to say the matter is closed and what the punishment is.

“The council don’t have to reveal names or anything like that. But the council should be open and transparent.

“I think the public have a right to know because this was a case of shocking and disgusting behaviour in a public place.”

The city council did state that it took “appropriate action” on the workers involved but did not say what the action was.

However, the authority did accept that there was public interest in the matter.

A Derby City Council spokesperson said: “The Derby Telegraph is right that due to the circumstances of what happened, there is public interest in this matter.

“However, the public interest lies in the public having confidence in the council taking the matter seriously, investigating its circumstances and acting appropriately within the scope of the powers available to it as an employer to deal with employee indiscretion. “

Chaddesden councillor Rob Cooper said he understood the council’s position, but thanked Derbyshire Live for alerting the council to the videos in the first place.

The Conservative councillor said: “I would like to thank the Derby Telegraph for raising the videos to me earlier in the year.

“I was shocked, appalled and concerned that this could happen at Nottingham Road Cemetery.

“Quite frankly public confidence in such a sensitive and vital service of the council could have been affected by the vile videos.

“Council officers have taken the view that due to privacy of those under investigation and employment law, the council cannot divulge the information many people wish to see.