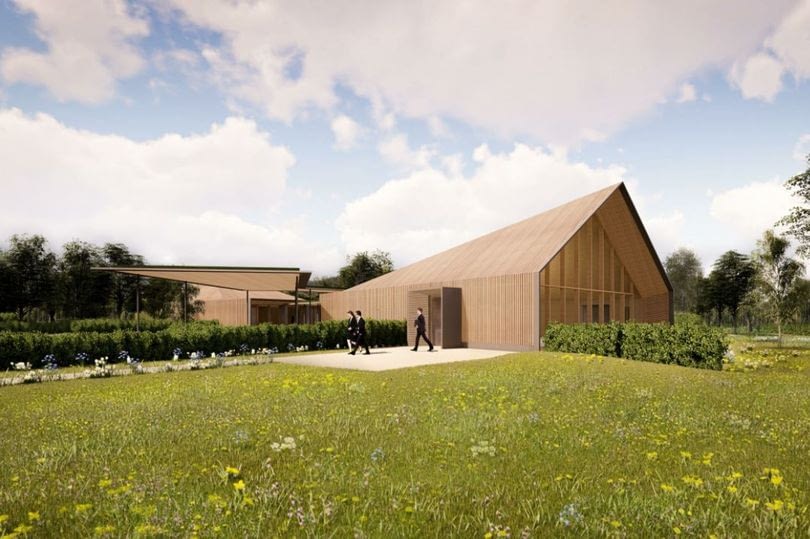 A new crematorium has been granted approval on green belt land between Godstone and Oxted following an appeal to the Planning Inspectorate.

Horizon Cremation is the first operator to cross the line in a race for permission to build a crematorium in East Surrey.

Tandridge District Council’s planning officers rejected Horizon’s scheme on a field bordered by the A25 and Barrow Green Road last year, without referring it to councillors on the planning committee, on three grounds.

They included that it would cause “significant harm” to the green belt, would harm views of the Surrey Hills Area of Outstanding Natural Beauty (AONB) to the north, and that the scale and use of the development was out of character with the area.

However, following an inquiry in August, planning inspector Jonathan Price has reversed that decision, subject to conditions.

He concluded the development would inflict only “moderate harm” on the appearance of the area and on the green belt, and did meet the “very special circumstances” benchmark required to build on protected land as there was unmet need in the area.

“The established crematoria that surround Tandridge are all operating beyond their practical capacity, apart from that at Croydon”, his report issued on September 30 states.

“The spare capacity at Croydon has evidently not had the effect of easing the over-stretched crematorium facilities at either Beckenham, Kent, and Sussex (Tunbridge Wells), Leatherhead (Randall’s Park) or Sussex and Surrey (Crawley) which all surround Tandridge.

“Around 80 per cent of deaths result in cremations and the evidence shows an increasing trend towards these, as opposed to burials. Based on the most recent ONS [Office for National Statistics] population projections, the appellant has shown there to be a very significant increase forecast in future death rates in England, reflected in the authorities around the appeal site”.

The district council’s leader Catherine Sayer, one of three ward members for the area who opposed the development at the inquiry, said she was “very disappointed” by the decision.

“All three of us felt it was the wrong development in the wrong place. We think it does damage the green belt substantially. It is a long area of green belt with really good views into the Surrey Hills AONB. It is a big shame it has gone through.”

The cost to the district council of fighting the appeal would also be “substantial”, she said.

In his conclusion, Mr Price said more than one new crematorium was needed across Tandridge, Reigate and Banstead and four other neighbouring authorities – rising to four more by 2041.

The Oxted plan was one of three crematorium applications submitted to Tandridge District Council last year.

An application in South Godstone was turned down last September. Another, in Farleigh Road, Farleigh, was turned down in November but the applicant this month appealed that decision.