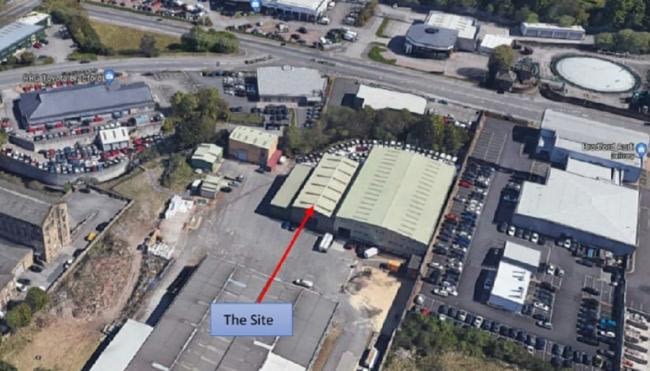 A new planning application for a crematorium on a Bradford industrial estate is being driven by the growing trend in direct cremationsDirect Cremation is an alternative to a traditional funeral ... More.

Bodies will be delivered to the site and cremated. There will be no provision for ceremonies or for the public to visit the site.

The new crematorium will be based in an existing industrial building at Fellmongers’ Yard – between Valley Road and Canal Road on the edge of Bradford city centre.

The application is just for the change of use of the building and work to the inside – there will be no chapel, garden of remembrance or place for mourners to gather.

If approved the development would create 12 full time and four part time jobs, and carry out around four cremations a day.

Funeral Support Services say the aim is to create an “affordable funeral service that is both respectful and dignified.”

The company has said that it would not be a public crematorium – funeral services would be held off site, and the coffins later transported to the cremator on the industrial site.

The “catchment area” for the crematorium would be Bradford and Leeds.

A planning statement with the application says Bradford Council officers had been “fairly supportive” of the proposals at the pre-application stage.

Describing how the building would be used, the application says: “The visitors will be predominantly funeral directors and the business owners.

“Staff would be on site 24 hours of the day to ensure security. The deceased bodies would be in a secure location within the building.

“The service will operate in a similar way to a burial – where a memorial service with mourners is held off site at a church and a body is transported to the graveyard.

“The proposed service will involve mourners attending a private chapel in the catchment area and once the funeral/memorial service has been completed the coffin will be transported to the private cremator.

“There will be no members of the public visiting the cremator.”

It adds: “The operator offers low cost funeral services and due to the current economic climate and knock on effects from the pandemic, with many jobs lost through the country, this will be a well used service with opportunities for future expansion.

“The economic benefits are therefore a positive element of the current planning application.”

Referring to the fact that the site is classed as industrial land, the application adds: “The proposed use will include industrial processes that fall under the definition of industrial uses and the sensitivity of the process involved will be respected to the highest possible standards.”

A decision on the application is expected on October.

Bradford Council is in the process of either upgrading or replacing its crematoria. Work is underway to refurbish the Oakworth Crematorium.

Nab Wood Crematorium will be replaced with a new facility off Long Lane in Heaton.

And Scholemoor Crematorium will be replaced with a new facility at Shetcliffe Lane in Bierley.