Bereaved slam conditions at privately-run Tottenham Park Cemetery, Enfield: Tyremarks where graves have been driven over, human remains strewn amongst weeds and broken marble, burial records not being kept 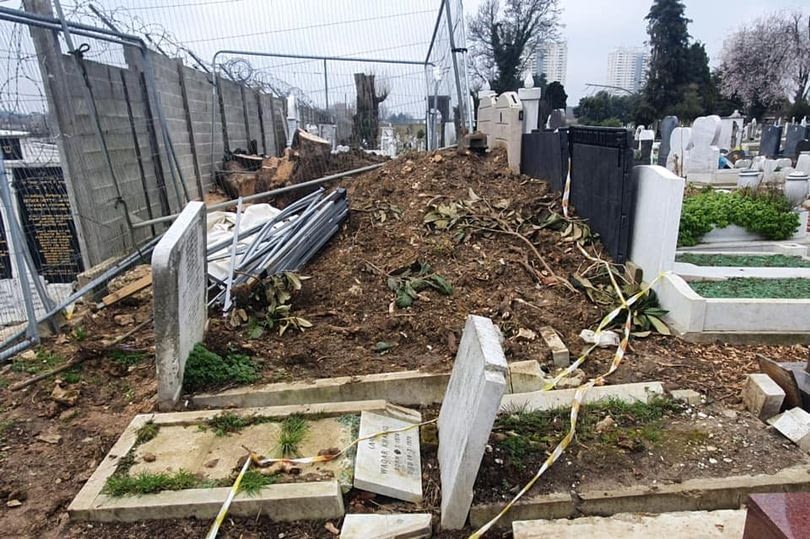 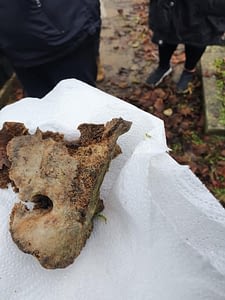 Human remains have been found strewn across the site

“It’s always had problems,” says Tottenham-born Fevzi Hussein, who is co-chair of the group, revealing that a number of human bones have been found scattered around the cemetery.

“Go there yourself. The amount of broken headstones you’ll see is unprecedented. You’ll see slabs of marble everywhere. How do you even break marble? You can see tyre marks on graves. People are complaining now that it is infested with rats,” Fevzi complains.

“Because of the weeds, people with mobility problems can’t even go to pay their respects. It’s disgusting.”

Fevzi says that the TCPAG doesn’t just represent local residents who have concerns about the way the cemetery is being run, as there are some members who live as far away as Scotland, Manchester, Birmingham and Yorkshire.

“All of us have loved ones and family members buried in the cemetery,” he says.

Another major problem, according to Fevzi, is that the cemetery is overcrowded. Opened in 1912 as a pauper’s cemetery, the land on which it was founded was only supposed to have a capacity of 5,500-6,000 plots, he says.

“According to the last count, around 47,000 burials have taken place there. That works out roughly to seven people buried in each space,” Fevzi claims.

Asked to confirm the calculation of each grave being reused on an average of every 12-15 years, Fevzi says he can only quote the aforementioned figures, although he does admit that there are “quite a few stories” of people who have gone away for a while, only to come back to visit their loved ones and find no trace of their graves. 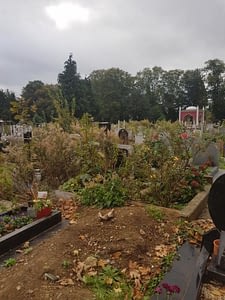 “People going to the cemetery to bury their dead aren’t even being given the proper paperwork, which is quite outrageous,” he says. “You’ll have no proof that your loved one is buried there.”

Fevzi even says that there are several Second World War soldiers buried at Tottenham Park Cemetery. “We have their names, but we have no clue where they are,” he says, noting that although the current owner of the cemetery, Peter Demetriou, is said to have promised to build a memorial to acknowledge their presence, he doesn’t believe that this has yet materialised.

Fevzi says that many of the problems at Tottenham Park Cemetery actually existed before Demetriou bought it at the beginning of 2019 after its previous owners, a company called Badgehurst, went into liquidation. He gives Demetriou credit for making a few “cosmetic improvements”, such as an electric security door.

The current owner has also removed a few trees to make space for new burials, but many other issues still haven’t been addressed.

Noting that that ground level of the local authority-run Jewish cemetery next door to Tottenham Park Cemetery is significantly lower, Fevzi says that previous owners are guilty of “mounding” the land, which would not be allowed by the 1857 Burial Act on non-private soil.

“Is this happening because it’s privately-run? 100 percent! It’s all about profit,” Fevzi says. “The Burial Act doesn’t apply there.”

There has been a joint effort of many different communities and different associations to bring the violations at the cemetery to the attention of the government, Fevzi says. 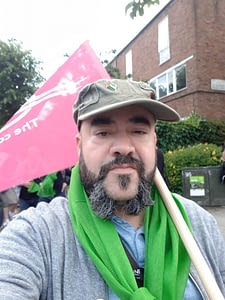 “We’ve lobbied the Ministry of Justice, who called an investigation in January 2019. It made a number of recommendations. But this is where the government has really fallen down, because they haven’t followed up on those recommendations and we know most of them have not been followed through.”

“I think Enfield Council has been excellent as of late – ever since Nesli Caliskan became leader of the Council. Prior to that we had a public meeting. Many councillors came. They were basically talking up a good game, but we never heard back from them after that,” Fevzi explains.

“Bambos Charalambous, the MP for Southgate, came as well. Initially he was interested. But he hasn’t been quite supportive as of late. I’m not going to speculate on why.”

Asked about the next step in the TPCAG’s plans, Fevzi says that the group is still lobbying, and that a lot of MPs have already written letters to the Ministry of Justice to highlight the issue.

“The ministry is under no illusion about how we feel,” he says. “We will carry on making representations to the Ministry of Justice and making sure our loved ones have dignity in death.”