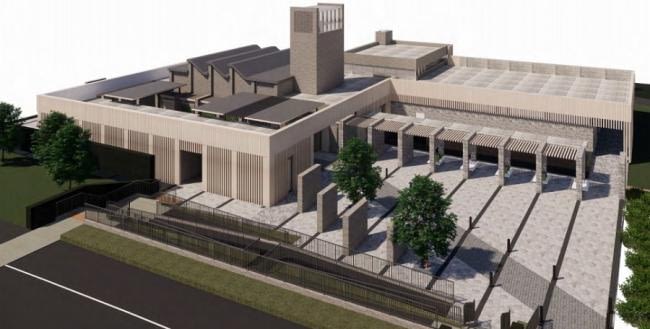 Post-Covid construction inflation has led to the costs of building the new Bradford Council Crematorium at Heaton rising by almost £2m.

Bradford Council’s decision making Executive discussed the Crematorium on Tuesday, when members were told that the rising costs might require the Council to re-evaluate its future bereavement strategy.

The facility, at Long Lane in Heaton will replace the ageing Nab Wood Crematorium – which the Council says is running beyond its operating life and is too small to accommodate modern, cleaner cremators.

Councillors were told the scheme is now expected to cost £8.8m, rather than the pre-pandemic estimate of £6.9m.

Tuesday’s Executive meeting was asked to approve the contract for the Heaton work.

The scheme is part of a £23 million shake up of the District’s bereavement services that will also include the re-build of Oakworth Crematorium – which is a few months away from completion. and another new crematorium in Bierley, which will replace Scholemoor Crematorium.

Due to the rising cost of the Heaton project, and the fixed £23m budget for all three schemes, Council bosses were told they would likely have to make a future decision on whether to increase the overall budget to allow the Bierley scheme to progress.

John Schofield, bereavement manager at the Council, said: “The estimated construction contract has come in at 25 per cent higher than the original budgeted amount.

“Before the final project – Bierley Crematorium, the strategy may have to come back to this committee so the overall programme can be reviewed before we proceed with any further projects.”

Councillor Rebecca Poulson, leader of the Conservatives on Bradford Council, asked: “Have we reviewed the design and materials of the Heaton scheme to make sure we are getting the best value for money?”

She also asked if the rising budget would effect the Oakworth Crematorium re-build.

Pointing out that one of the materials that had risen in price was steel, Mr Schofield added: “You can’t do without steel if you are constructing a new build.

“We have looked at value engineering options, but it will still run above the original budget.”

He said the Oakworth project would not be effected, saying it was running “on time and on budget.”

The site would be returned to the Council by contractors around Christmas.

Council Leader Susan Hinchcliffe said: “The markets are quite volatile. Prices may still go down again but we can’t predict what will happen in the near future.”